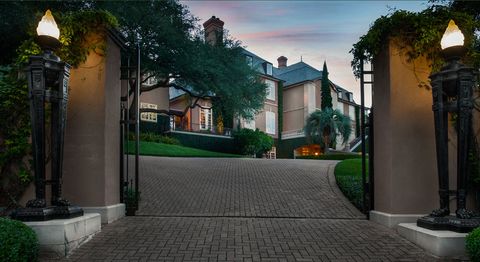 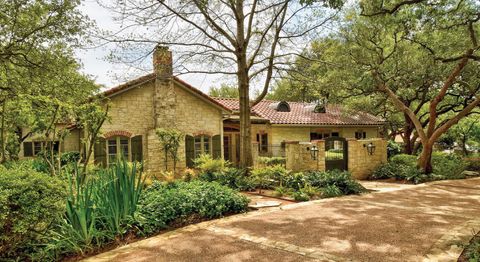 Retreat to the Island on Westlake 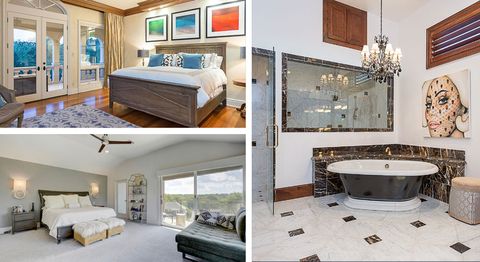 Escape to these Master Suites

It’s not just a place to rest your head at night or an area to shower and clean up before your workday begins. A master bedroom should be the ultimate space for relaxing and escaping the pressure and stress of everyday life. These luxurious havens offer more than mere privacy and might actually just become your favorite room in the house. 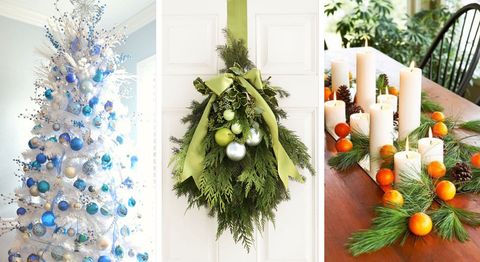 A Merry and Bright Home for the Holidays

Life can be hectic and sometimes the holidays just creep up on you. It’s less than two weeks until Christmas Day and you have zilch decor to show for it. If that sounds like you, have no fear. We’ve compiled this fun guide with vibrant color schemes to help you decorate quickly and easily so you can enjoy the rest of the season. 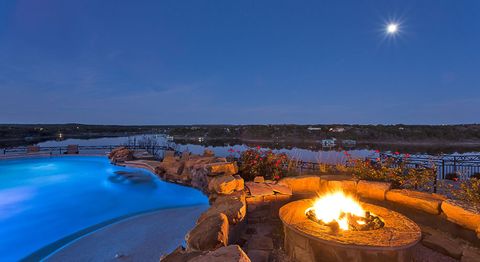 The Fire is So Delightful - 3 Austin Homes with Fire Features

With Texas forecasts leaning toward a colder, wetter and possibly snowier-than-usual winter, we have a feeling that fireplaces here in Austin might just get more use than normal. Since there’s nothing cozier on rainy and snowy days than snuggling up next to a warm flame (no, we aren’t talking about your old boyfriend), we decided to pull together our gorgeous listings and showcase their hot (literally) features. 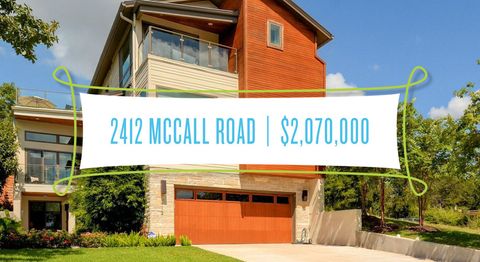 A Contemporary Gem in Tarrytown 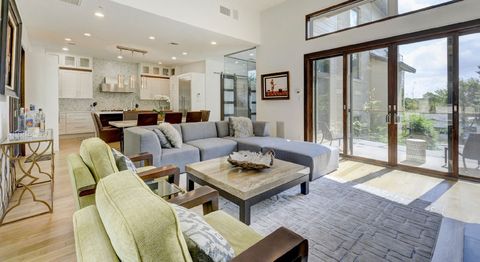 Summer is coming to a close, school is back in session and pumpkin spice lattes will soon be out, but that doesn’t mean the heat is going anywhere anytime soon. So when it comes to social gatherings in Texas, indoor entertaining is crucial. Whether it’s a chic cocktail party or lively family gathering, these homes by Austin Portfolio Real Estate agent Francie Little have fantastic entertainment value and provide everything a host could need. 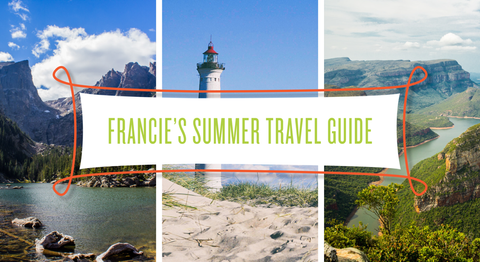 School’s out for summer (are we the only ones who sang that?) and for many families, it’s one of the few times during the year that they can get away to relax and recoup from the pressure and stress of the daily grind.

Francie Little, an Austin Portfolio Real Estate agent, has a strong passion for travel and foreign locales. From vacationing with her family as a child to continuing the tradition of travel today with her husband Gary, children and pup Baxter, Francie’s philosophy is living life to the fullest and sharing her knowledge with others. 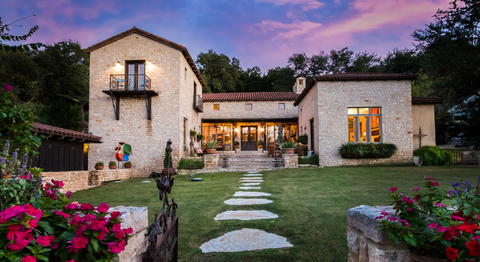 An Italian Paradise in the Heart of Texas - 10910 River Terrace

Artfully combined contemporary sensibility and the Tuscan vernacular, this timeless farmhouse is a slice of Italian paradise located in a quiet neighborhood near the shores of Lake Austin. 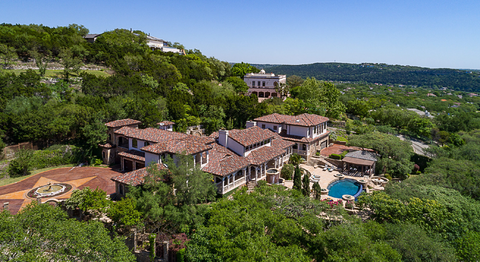 Resting upon a hilltop in one of the most prestigious neighborhoods in Westlake lies a grand estate with spectacular panoramic views of the city and lake. Custom-built with no expense spared, luxury is evident upon first glance with its circular drive graced with a fountain, and a stucco and stone veneer exterior. 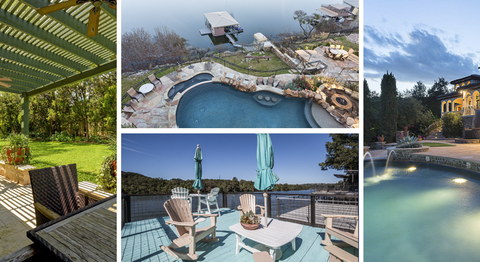 With the warmer weather moving in and the sweltering Texas heat still somewhat held at bay, now is the time to move outdoors and enjoy everything your property has to offer. Whether through soirees with friends and family, or a quiet evening with a book and glass of wine, these homes listed by Austin Portfolio Real Estate agent Francie Little offer the perfect backdrop. 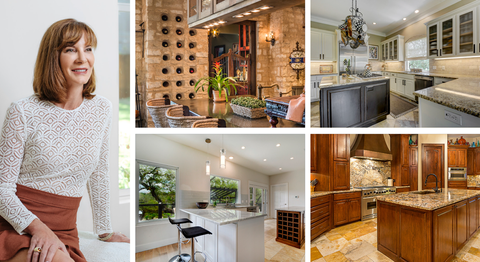 Everyone knows that the kitchen is the heart of the home. Whether you prepare meals in it daily for yourself and your family, or only use it for the rare dinner party, you want your kitchen to be both practical and appealing. 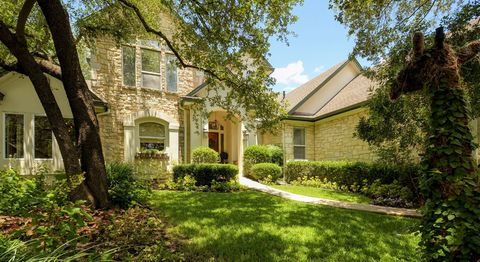 This beautifully updated home listed by Austin Portfolio real estate agent Francie Little is located in a wonderful gated community of the Eanes School District. With just over 4,270 square feet, 4 living areas, a media room, 5 bedrooms, and a large, professionally landscaped backyard, it is great for entertaining and hosting friends and family. 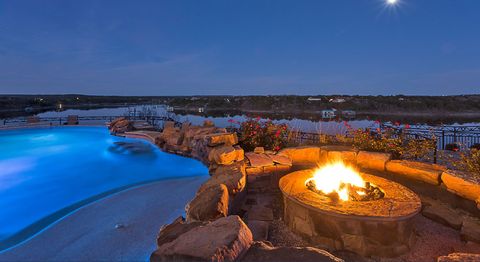 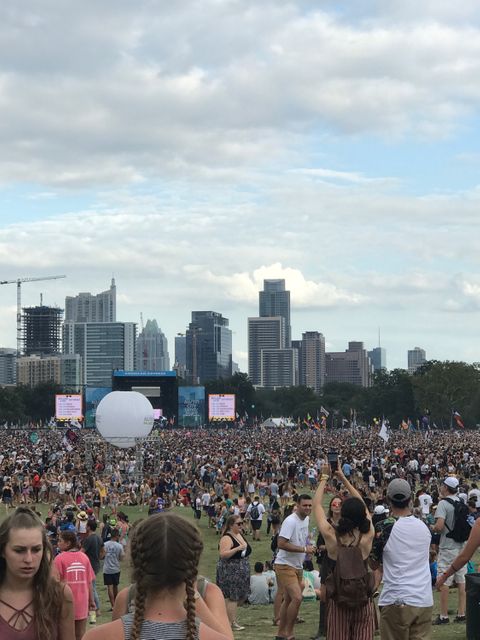 Known as the live music capitol of the world, it’s no shock that Austin hosts a music festival in Zilker Park that lasts two consecutive three-day weekends. The annual Austin City Limits Music Festival, or ACL for short, is perfect for individuals of all ages, even kids, and brings its fans eight stages with more than 140 bands and artists.

Francie Little, an agent with Austin Portfolio Real Estate, a luxury real estate boutique branch of Keller Williams Realty, is a music enthusiast and veteran ACL attendee. Since it’s easy for first-timers to become overwhelmed and get lost in the crowd and excitement, Little has compiled a list of her top tips for surviving (and enjoying) the electrifying and captivating ACL Music Festival.

Visit the ACL Music Festival website and look at the band schedules. If you are unfamiliar with a band, the site has links to their music so you can see if you like them. Choose the bands you want to see, look at their set times and make note of which stage they’ll perform... 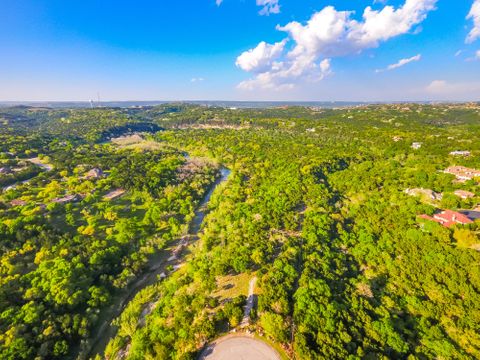 Behind the private gates and amidst 128 acres of pristine, gently rolling land in west Austin lies the unparalleled estate, Barton Canyon Ranch. This gorgeous, equestrian property is not only breathtaking and rare, but its record-breaking $22 million price tag makes it the highest residential sale in Austin MLS history.

Francie Little, an agent with Austin Portfolio, a luxury real estate boutique branch of Keller Williams Realty, negotiated the purchase of this spectacular residence for her clients.

The two-story, nearly 6,600 square foot ranch offers 4 bedrooms, 5.5 bathrooms and 3 living rooms. Its outdoor and entertaining spaces are even more impressive with a gorgeous pool and spa for cooling off in the evenings and an airy barn with multiple stalls for equines.

“The former owners are...

The capital city is now No. 1 in the country for fast home sales, with 40 percent of homes selling within seven days. The average is 10.

Average sale prices are cresting too, running about $60,000 more than Texas cities like Dallas, Houston and San Antonio with no significant slowdown in sight.

“In some areas we saw 10 percent price increases,” said Bradley Pounds, sales manager at Watters International Reality. “The double digit increases may not continue, however, there will be a significant price increase in 2015.”

A big reason the housing market remains strong is because of the consistent growth Austin is seeing.

Earlier this year the city demographer said 110 people move to the capital city every day on average, and that takes into account all of the people who leave.

As of this April, the city demographer said Austin’s population is more than 865,000.

The entire metro area has a population of nearly 2 million...